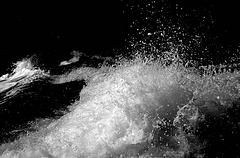 In her influential volume Electronic Literature: New Horizons for the Literary, Katherine Hayles explains that "writing is again in turmoil." The spread of mechanical type allowed for more writers and more texts, troubling those who were accustomed to a manuscript culture in which texts were copied by hand. In a similar way, Hayles explains that electronic literature opens up difficult questions about writing in our current moment: "Will the dissemination mechanisms of the internet and the Web, by opening publication to everyone, result in a flood of worthless drivel?...What large-scale social and cultural changes are bound up with the spread of digital culture, and what do they portend for the future of writing?" But Hayles also argues that electronic literature encompasses a broad range of digital writing practices, from video games to interactive fiction to hypertext. She proposes that we shift from a discussion of "literature" to the "literary," which she defines as "creative artworks that interrogate the histories, contexts, and productions of literature, including as well the verbal art of literature proper." This course will use Hayles' definition of the literary in order to read, play with, and create digital objects.